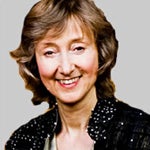 Deborah Tannen is University Professor and Professor of Linguistics at Georgetown University and author of many books and articles about how the language of everyday conversation affects relationships. She is best known for You Just Don’t Understand: Women and Men in Conversation, which was on the New York Times best seller list for nearly four years and brought gender differences in communication style to the forefront of public awareness. Her newest book, You Were Always Mom’s Favorite!: Sisters in Conversation Throughout Their Lives, was released in paperback in September 2010. A New York Times best seller, it received a Books for a Better Life Award and was featured on 20/20 and NPR’s Morning Edition.