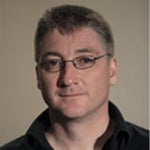 Chris Williams is a longtime environmental activist and author of Ecology and Socialism: Solutions to Capitalist Ecological Crisis (Haymarket Books, 2010). He is professor of physics and chemistry at Pace University and chair of the science department at Packer Collegiate Institute. Williams’ work has appeared in Z Magazine, International Socialist Review, and many others. He is currently working on his second book.

from “Capitalism, Ecology and the Official Invisibility of Women”

Moreover, gender violence is more of a threat to women’s health than the sum of traffic accidents and malaria. Often, when women are “seen,” they are seen as simply bodies, to be manipulated in ways that lead to profit. In a very real sense, as people, women are invisible.

Continue reading “Capitalism, Ecology and the Official Invisibility of Women” at truth-out.org.