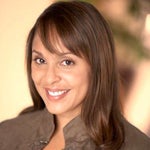 Natasha Trethewey served two terms as the 19th Poet Laureate of the United States (2012-2014). She is the author of five collections of poetry, Monument (2018), which was longlisted for the 2018 National Book Award; Thrall (2012); Native Guard (2006), for which she was awarded the Pulitzer Prize, Bellocq’s Ophelia (2002); and Domestic Work (2000), which was selected by Rita Dove as the winner of the inaugural Cave Canem Poetry Prize for the best first book by an African American poet and won both the 2001 Mississippi Institute of Arts and Letters Book Prize and the 2001 Lillian Smith Award for Poetry. She is also the author of the memoir Memorial Drive (2020). Her book of nonfiction, Beyond Katrina: A Meditation on the Mississippi Gulf Coast, appeared in 2010. She is the recipient of fellowships from the National Endowment for the Arts, the Guggenheim Foundation, the Rockefeller Foundation, the Beinecke Library at Yale, and the Bunting Fellowship Program of the Radcliffe Institute for Advanced Study at Harvard. At Northwestern University she is a Board of Trustees Professor of English in the Weinberg College of Arts and Sciences. In 2012 she was named Poet Laureate of the State of Mississippi and in 2013 she was inducted into the American Academy of Arts and Sciences.

There is a large birthmark on the back of my thigh. Even though it has been with me over half a century, I can’t recall which leg bears its dark outline, and so I have to look at myself backward in a mirror to remember. Seeing it is not unlike encountering a forgotten scar, a remnant that recalls the moment of wounding. It takes me back to my early childhood: the long, warm days in Mississippi when I wore shorts much of the time and the birthmark was plainly visible, not hidden as it usually is now. Though not the shape of a hand, it is the size of one, and in exactly the spot where, if you were told to sit on your hands as my mother was, you might leave a mark.

Across cultures myths abound about the imprint a mother can make even before her child crosses the threshold into the world, the way her desires or fears can be manifest on the body: birthmarks in the shape or color of food she craved, a lock of gray hair where she tugged at her own. To stanch the cravings, they say, eat a bit of dirt or clay; to steady the hand that worries the hair, sit on it. Had my mother done any of this, there might have been a single story in my family about what my birthmark symbolizes. The only thing the elders agreed on was that it looked like a place on a map, somewhere my mother might have dreamed of but had never been. I’ve often imagined her anticipating my arrival, both hopeful and anxious about the world, the particular time and place I would enter: a fierce longing taking shape inside her.

In the spring of 1966, when I was born, my mother was a couple of months shy of her twenty-second birthday. My father was out of town, traveling for work, so she made the short trip from my grandmother’s house to Gulfport Memorial Hospital, as planned, without him. On her way to the segregated ward she could not help but take in the tenor of the day, witnessing the barrage of rebel flags lining the streets: private citizens, lawmakers, Klansmen (often one and the same) raising them in Gulfport and small towns all across Mississippi. The twenty-sixth of April that year marked the hundredth anniversary of Mississippi’s celebration of Confederate Memorial Day—a holiday glorifying the old South, the Lost Cause, and white supremacy—and much of the fervor was a display, too, in opposition to recent advancements in the civil rights movement. She could not have missed the paradox of my birth on that particular day: a child of miscegenation, an interracial marriage still illegal in Mississippi and in as many as twenty other states.