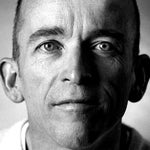 Wrapped in gold foil, in the search
and shouting of Easter Sunday,
it was the ball of the princess,
it was Pharoah’s body
sleeping in its golden case.
At the foot of the picket fence,
in grass lank with the morning rain,
it was a Sunday school prize,
silver for second place, gold
for the triumphant little dome
of Ararat, and my sister
took me by the hand and led me
out onto the wide, wet lawn
and showed me to bend into the thick nests
of grass, into the darkest green.
Later I had to give it back,
in exchange for a prize,
though I would rather have kept the egg.
What might have coiled inside it?
Crocuses tight on their clock-springs,
a bird who’d sing himself into an angel
in the highest reaches of the garden,
the morning’s flaming arrow?
Any small thing can save you.
Because the golden egg gleamed
in my basket once, though my childhood
became an immense sheet of darkening water
I was Noah, and I was his ark,
and there were two of every animal inside me.