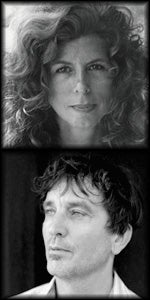 I want to write a love poem for the girls I kissed in seventh grade,
a song for what we did on the floor in the basement

of somebody’s parents’ house, a hymn for what we didn’t say but thought:
That feels good or I like that, when we learned how to open each other’s mouths

how to move our tongues to make somebody moan. We called it practicing, and
one was the boy, and we paired off—maybe six or eight girls—and turned out

the lights and kissed and kissed until we were stoned on kisses, and lifted our
nightgowns or let the straps drop, and, Now you be the boy:

instead of windows. Gloria’s father had a bar downstairs with stools that spun,
plush carpeting. We kissed each other’s throats.

We sucked each other’s breasts, and we left marks, and never spoke of it upstairs
outdoors, in daylight, not once. We did it, and it was

practicing, and slept, sprawled so our legs still locked or crossed, a hand still lost
in someone’s hair . . . and we grew up and hardly mentioned who

the first kiss really was—a girl like us, still sticky with moisturizer we’d
shared in the bathroom. I want to write a song

for that thick silence in the dark, and the first pure thrill of unreluctant desire,
just before we’d made ourselves stop.

—
From The New Yorker (August 1997)
Read more about Marie Howe

Try this—close / your eyes. No, wait, when—if—we see each other / again the first thing we should do is close our eyes—no, / first we should tie our hands to something / solid—bedpost, doorknob— otherwise they (wild birds) / might startle us / awake. Are we forgetting something? What about that / warehouse, the one beside the airport, that room / of black boxes, a man in each box? I hear / if you bring this one into the light he will not stop / crying, if you show this one a photo of his son / his eyes go dead. Turn up / the heat, turn up the song. First thing we should do / if we see each other again is to make / a cage of our bodies—inside we can place / whatever still shines.

—
From The Captain Asks for a Show of Hands (Graywolf Press, 2011)
Read more about Nick Flynn