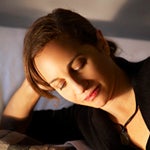 Victoria Sambunaris received her MFA from Yale University in 1999. She is a recipient of the 2010 Aaron Siskind Foundation Individual Photographer’s Fellowship and the 2010 Anonymous Was a Woman Award. Her work is held in the collections of the Museum of Modern Art, the Museum of Fine Arts Houston, the National Gallery of Art, the San Francisco Museum of Modern Art, the Albright-Knox Art Gallery, and the Lannan Foundation. In April 2014, her first mongraph, Taxonomy of a Landscape, was released.

In Nature’s Wake: The Art and Politics of Environmental Crisis | March 24, 2015
Landscape and Ecocide