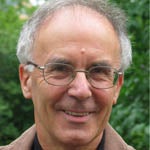 Slovenia’s greatest living poet and one of the foremost figures of the European avant-garde, Šalamun is the author of thirty-seven books of poetry, with works translated into nineteen languages. “Šalamun has become an influence, and a mentor, for plenty of young American poets. One reason lies in Šalamun’s postmodern mix of giddy and global with the earthy retrospect he takes from his homeland … [He] makes his new collection a whirlwind tour of sites and moods … ” (Publisher’s Weekly). His most recent translations into English include Woods and Chalices (Harcourt, 2008) and The Book for My Brother (Mariner Books, 2006).