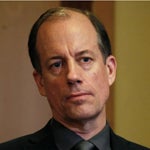 A former senior NSA executive and current whistleblower, Thomas Drake has reported on waste, fraud, abuse, and violations of the Fourth Amendment. He was later indicted under the Espionage Act but was later exonerated of all ten felony charges. In 2011, he received the Sam Adams award.