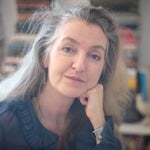 Writer, historian, and activist Rebecca Solnit has written fifteen books. Her titles include A Paradise Built in Hell: The Extraordinary Communities that Arise in Disaster; A Field Guide to Getting Lost; Hope in the Dark: Untold Histories, Wild Possibilities; Wanderlust: A History of Walking; and River of Shadows, Eadweard Muybridge and the Technological Wild West, for which she received a Guggenheim, the National Book Critics Circle Award in criticism, and the Lannan Literary Award. Her most recent title, Unfathomable City: A New Orleans Atlas, was released in November 2013. A product of the California public education system from kindergarten to graduate school, she works on climate issues with the group 350.org. She is a contributing editor to Harper’s and regular contributor to the political site Tomdispatch.com.

from By the Way, Your Home Is on Fire

The moral of this story: people in power and bureaucrats seem exceptionally obtuse when it comes to recognizing that the world has changed and the old rules no longer apply. The advisors in the towers were giving excellent instructions for a previous crisis that happened to be profoundly different from the one at hand. That many had the good sense to disobey and evacuated early meant the stairwells were less crowded when the second round of evacuations began. Amazingly, the vast majority of people below the levels of the impacts made it out of both buildings — largely despite the advice of the building’s management, not because of it.

Sometimes the right thing to do in ordinary times is exactly the wrong thing to do in extraordinary times. That’s easy to understand when something dramatic has happened. It’s less easy to grasp when the change is incremental and even understanding it requires paying attention to a great deal of scientific data.

Right now, you can think of the way we’re living as an office tower and the fossil fuel economy as a plane crashing into it in very, very, very slow motion. Flaming jet fuel is a pretty good analogy, in its own way, for what the burning of fossil fuel is doing, although the death and destruction are mostly happening in slow motion, too — except when people are drowning in Hurricane Sandy-style superstorms or burning in Australian firestorms or dying in European heat waves. The problem is: How do you convince someone who is stubbornly avoiding looking at the flames that the house is on fire? (Never mind those who deny the very existence of fire.) How do you convince someone that what constitutes prudent behavior in ordinary times is now dangerous and that what might be considered reckless in other circumstances is now prudent?

In Nature’s Wake: The Art and Politics of Environmental Crisis | March 24, 2015
Hope Is a Form of Resistance & Landscape and Ecocide