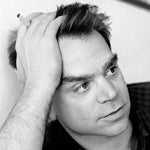 Born in Massachusetts and educated at New York University, Brown University, and State University of New York at Buffalo, Peter Gizzi is the author of several books of poetry, including In Defense of Nothing: Selected Poems 1987-2011 (Wesleyan, 2014), and Some Values of Landscape and Weather (Wesleyan, 2003). In 2004 Salt Publishing of England reprinted an expanded edition of his first book as Periplum and other poems 1987-92. His work has been translated into numerous languages and anthologized here and abroad.

His honors include the Lavan Younger Poet Award from the Academy of American Poets (1994) and fellowships in poetry from a variety of organizations, among them, The Fund for Poetry (1993), Howard Foundation (1998), , and The John Simon Guggenheim Memorial Foundation (2005). In 2011 he was the Judith E. Wilson Visiting Fellow in Poetry at Cambridge University.

In addition to a variety of residencies, Gizzi’s editing projects have included o·blēk: a journal of language arts (1987-1993), The Exact Change Yearbook (Exact Change/Carcanet, 1995), and with Kevin Killian, My Vocabulary Did This to Me: The Collected Poetry of Jack Spicer (Wesleyan, 2008). From 2007 to 2011 he was the Poetry Editor for The Nation. Since 2003, he has been a contributing editor to the journal, Conjunctions.

He currently works at the University of Massachusetts, Amherst.

The shine on her buckle took precedence in sun
Her shine, I should say, could take me anywhere
It feels right to be up this close in tight wind
It feels right to notice all the shiny things about you
About you there is nothing I wouldn’t want to know
With you nothing is simple yet nothing is simpler
About you many good things come into relation
I think of proofs and grammar, vowel sounds, like
A is for knee socks, E for panties
I is for buttondown, O the blouse you wear
U is for hair clip, and Y your tight skirt
The music picks up again, I am the man I hope to be
The bright air hangs freely near your newly cut hair
It is so easy now to see gravity at work in your face
Easy to understand time, that dark process
To accept it as a beautiful process, your face