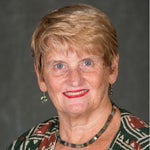 Patricia O’Connor is a sociolinguist and Associate Professor of English at Georgetown University. Her work in prisons, jails, and drug treatment centers situates her narrative research. She is the author of Speaking of Crime, co-author of Literacy Behind Bars and co-editor of a special issue Reflections on Prison Literacies. She is the 2004 winner of the Mitsubishi Unsung Heroine Award for her community outreach in substance abuse.

from Speaking of Crime

I am arguing that prisoners’ personal narratives of criminal acts are sites of highly agentive and potentially therapeutic discourse. These sites are currently ignored in the systems of incarceration that lack strong emphasis on rehabilitation and that rarely cultivate discursive activities as sites for the development of strong evaluation. One reason perhaps for not employing more “talk therapy” may be that, as one reviewer of this manuscript suggested, prisoners are assumed to always be “conning,” always manipulating their speech and actions in order to gain favors or privileges inside the prison. This is an important point for discussion in contexts broader than prison institutions as well. Inside the prison, as I conducted the interviews I made it clear that doing the interview resulted in no monetary rewards or privileges, nor were the taped materials to be shared with any prison authorities, other than in ways that protected the anonymity of the participants. If, however, a prisoner chooses to construe his life as having changed after having committed a crime or having realized now that his life need to change, I do not construe this as manipulation that would be harmful to the inmate in the long run. He is, even if “conning,” practicing a type of talk that could be analyzed for veracity, its quasi-veracity, or its lapses in veracity.

Living in a Precarious World: Art, Labor, and the New Economic Precarity | April 1, 2014
Working Life After Prison: An Interactive Performance