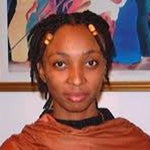 Nokuthula Mazibuko, writer and filmmaker, was born in 1973 in Soweto, South Africa. She is writer and director of the documentary films Lady Was a Mshoza (1999) and The Gift of Song (2000). Her films on South African writers have appeared in the series Mantswe a Bonono (2005). A writer for numerous educational television and radio programs, she spent two years with the BBC’s African Bureau as a director and producer of news and short features. Ms. Mazibuko has published two novellas for young people, In the Fast Lane (2003)and A Mozambican Summer (2006). She is currently World Literature Residency fellow at George Washington University, in Washington, DC.

From In the Fast Lane

Kwaito music thumped in the crowded, smoky room and Brunette was gyrating like there was no tomorrow. The song by Bongo Maffin was the hottest thing on the dance floors that summer, and Brunette couldn’t understand why Samantha wanted to leave now, when … the party song was playing! Urgh!

It was the beginning of the summer holidays and Brunette was in the mood to party!

Sam, just relax and enjoy yourself. It’s Friday night, there’ll be plenty of time to explain ourselves to our parents tomorrow! Ha!” Brunette giggled … “Here–have a cider!”

Brunette was feeling good, she was starting to like this drinking business, and some of the ciders tasted just like cooldrink! She felt great in her new tight red jeans, matching top and red stilettos. She had finished braiding her hair just in time for tonight’s party. It was just as well that she had started braiding hair to make some extra pocket money, because now she could do her own hair–even if it did take two days. It was worth it. Her friend Sam looked cool too in the purple outfit she had helped her choose.”