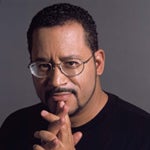 He is also the author of Know What I Mean? (2007), a critical study of hip hop music, Debating Race (2007), a compilation of previously unpublished conversations with scholars, politicians and public commentators, Come Hell or High Water: Hurricane Katrina and the Color of Disaster (2006), Is Bill Cosby Right? Or Has the Black Middle Class Lost its Mind (2006), Why I Love Black Women (2004), The Michael Eric Dyson Reader (2004), Open Mike (2002), I May Not Get There With You: The True Martin Luther King, Jr. (2001), and Race Rules: Navigating the Color Line (1997). “Effortlessly and with conviction, [Dyson] weaves together a range of themes from gangsta rap to graduate seminars, deepening them with highly varied and vividly portrayed personal experience,” Noam Chomsky has said of Dyson. A two-time winner of the NAACP Image Award, Dyson has taught at the University of Pennsylvania, DePaul University, Chicago Theological Seminary, The University of North Carolina, and Columbia and Brown Universities. He is currently University Professor at Georgetown University.

From Know What I Mean?

There are some, like jazz great Wynton Marsalis, who dismiss hip hop as adolescent “ghetto minstrelsy.” Critics like Marsalis see rap as little more than ancient stereotypes wrapped in contemporary rhymes. Other prominent observers, such as social critic Stanley Crouch, claim that the deficits of hip hop blare beyond the borders of ugly art to inspire youth to even uglier behavior. Crouch contends in his column for the New York Daily News that hip hop’s “elevation of pimps and pimp attitudes creates a sadomasochistic relationship with female fans.” It’s true that those who fail to wrestle with hip hop’s cultural complexity, and approach it in a facile manner, may be misled into unhealthy forms of behavior. But that can be said for all art, including the incest-laden, murder-prone characters sketched in Shakespeare’s Macbeth and King Lear. It makes no sense to stop critically engaging an art form or cultural movement because some kids think it “cool” that 50 Cent got shot nine times.

In fact, that’s even more reason to clarify what an art form does well, and what it does poorly. Such balance is woefully lacking in many criticisms of hip hop. For instance, some critics protest that, stripped of politics, history, and racial conscience, hip hop is little more than sonic pathology and all it does is blast away the achievements of the civil rights struggle. But hip hop music is important precisely because it sheds light on contemporary politics, history, and race. At its best, hip hop gives voice to marginal black youth we are not used to hearing from on such topics. Sadly, the enlightened aspects of hip hop are overlooked by critics who are out to satisfy a grudge against black youth culture and are too angry or self-righteous to listen and learn.

Continue reading “Know What I Mean?” at NPR.

Let Freedom Ring | April 17, 2008
Plenary Lecture | “‘A Change Is Gonna Come’? Art and the Politics of the Black Possible”