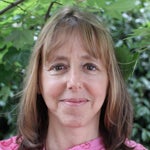 Benjamin is the author of eight books. Her latest book is Drone Warfare: Killing by Remote Control, and she has been campaigning to stop the use of killer drones. Her direct questioning of President Obama during his 2013 foreign policy address, as well as her recent trips to Pakistan and Yemen, helped shine a light on the innocent people killed by US drone strikes.

Benjamin has been an advocate for social justice for more than 30 years. Described as “one of America’s most committed — and most effective — fighters for human rights” by New York Newsday, and “one of the high profile leaders of the peace movement” by the Los Angeles Times, she was one of 1,000 exemplary women from 140 countries nominated to receive the Nobel Peace Prize on behalf of the millions of women who do the essential work of peace worldwide. In 2010 she received the Martin Luther King, Jr. Peace Prize from the Fellowship of Reconciliation and the 2012 Peace Prize by the US Peace Memorial. She is a former economist and nutritionist with the United Nations and World Health Organization.

Her articles appear regularly in outlets such as The Huffington Post, CommonDreams, Alternet and OpEd News.

America from the Outside: How the World Sees US | April 3, 2013
Days of Destruction, Days of Revolt