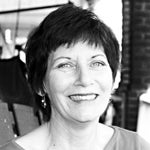 Maureen Corrigan is Critic in Residence and a Lecturer in the Department of English at Georgetown University. She is an expert in 19th century British Literature; Women’s Literature (special focus on autobiography); Popular Culture; Detective Fiction; Contemporary American Literature; Anglo-Irish Literature. She received her Ph.D. and M.A. from the University of Pennsylvania and her B.A. from Fordham University.

Corrigan’s publications include Leave Me Alone, I’m Reading: Finding and Losing Myself in Books (Random House, 2005) and “David Copperfield” in The Book that Changed My Life (Gotham Books, 2006). For the past 18 years, Corrigan has been the book critic for the Peabody Award-winning program “Fresh Air,” heard nationally on NPR. She is also a columnist for Book World in The Washington Post, and a regular contributor to Newsday. Other reviews and essays have been published in The Village Voice, The New York Times,The Nation, The New York Observer and The Philadelphia Inquirer.