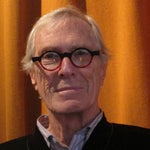 Mark Strand, born on Prince Edward Island, Canada, is the author of numerous books of poetry, criticism, and several children’s books. In an interview with The Paris Review, Mark Strand says of his writing process and mystery: “I think what happens at certain points in my poems is that language takes over, and I follow it. It just sounds right. And I trust the implication of what I’m saying, even though I’m not absolutely sure what it is that I’m saying.” Strand’s honors include the Bollingen Prize, grants from the National Endowment for the Arts, a National Institute of Arts and Letters Award, a Rockefeller Foundation award, and fellowships from The Academy of American Poets, the MacArthur Foundation, and the Ingram Merrill Foundation. He has served as Poet Laureate of the United States and is a former Chancellor of The Academy of American Poets. He has taught at Johns Hopkins University and on the Committee on Social Thought at the University of Chicago. He currently teaches English and Comparative Literature at Columbia University in New York.

Ink runs from the corners of my mouth.
There is no happiness like mine.
I have been eating poetry.

The librarian does not believe what she sees.
Her eyes are sad
and she walks with her hands in her dress.

The poems are gone.
The light is dim.
The dogs are on the basement stairs and coming up.

Their eyeballs roll,
their blond legs burn like brush.
The poor librarian begins to stamp her feet and weep.

She does not understand.
When I get on my knees and lick her hand,
she screams.

I am a new man.
I snarl at her and bark.
I romp with joy in the bookish dark.