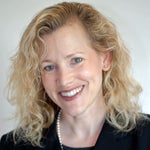 Jesselyn Radack is a former ethics advisor to the United States Department of Justice turned whistleblower who revealed that the FBI had behaved unethically in interrogating John Walker Lindh (the “American Taliban” captured in 2001 in Afghanistan), as chronicled in her memoir, TRAITOR: The Whistleblower and the “American Taliban.” Radack is a national security and human rights attorney and has spoken in defense of the NSA, Edward Snowden, and Thomas Drake, among others. She is director of National Security & Human Rights at the Government Accountability Project and has received the Sam Adams Award and the Hugh M. Hefner First Amendment Award in 2009 and 2011, respectively.

from TRAITOR: The Whistleblower and the “American Taliban”

I am the Department of Justice attorney who blew the whistle on the government misconduct in the case of John Walker Lindh, the “American Taliban.”

Everyone remembers the indelible trophy photo of the “American Taliban”–one of the most prominent prisoners of the Afghan war–naked, blindfolded, tied up and bound to a board. That was our first glimpse of American-sponsored torture and we didn’t even flinch. Lindh was found barely alive, shot in the leg, and suffering from dehydration, hypothermia and frostbite. Although Lindh was seriously wounded, starving, and exhausted, U.S. soldiers stripped him, blindfolded him, bound him, scrawled shithead across the blindfold, duct-taped him to a board for days in an unheated and unlit shipping container, and posed with him for pictures. Parts of his ordeal were captured on videotape. Sound familiar?

The Lindh case was a harbinger of what would occur on a much larger scale at the American-run Abu Ghraib prison in Iraq and elsewhere. Like an aggressive, contagious, deadly virus, this first outbreak of lawless behavior was spread by the CIA Army intelligence teams to the entire archipelago of American-controlled detention centers throughout the world. The scandal is not, in former President George W. Bush’s words, the “disgraceful conduct by a few” bad apples, or in former Secretary of Defense Donald Rumsfeld’s words, the “grievous and brutal abuse and cruelty at the hands of a few members of the United States armed forces. ” It’s that the Bush administration thought it could torture people and get away with it, which–as I update this memoir a decade later–they essentially have, thanks to their refusal to police themselves and President Barack Obama’s “Look Forward, Not Backward” posture toward war crimes, torture, and warrantless wiretapping.

Continue reading TRAITOR: The Whistleblower and the “American Taliban” at TRAITOR‘s website.