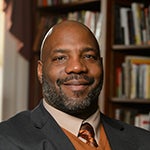 Jelani Cobb is a staff writer at The New Yorker. He writes frequently about race, politics, history, and culture. His most recent book is The Substance of Hope: Barack Obama and the Paradox of Progress. He’s an associate professor of history, and the director of the Africana Studies Institute, at the University of Connecticut. He won the 2015 Sidney Hillman Prize for Opinion and Analysis Journalism, for his columns on race, the police, and injustice. He served as a delegate and historian for the 5th Congressional District of Georgia at the 2008 Democratic National Convention.

from Tamir Rice and America’s Tragedy

There’s a temptation to see a Cleveland grand jury’s failure to indict the officers responsible for the death of Tamir Rice—coming, as it did, on the three hundred and sixty-second day of the year—as a last-minute addition to a grim year-end catalogue of racial injustice. Rice, a twelve-year-old African-American boy, was shot last November by a white police officer, Timothy Loehmann, who was responding to a 911 call; Rice was carrying a pellet gun. A little more than a week ago, a Texas grand jury declined to indict officers in the suspicious death of Sandra Bland, an African-American woman who was pulled over by the police in Prairie View, arrested for the alleged assault of an officer, and, days later, found dead in her cell. In late November, video surfaced of a Chicago police officer, Jason Van Dyke, firing sixteen shots at Laquan McDonald in a case that was initially reported by the police as an instance of self-defense. This summer, we saw video of Walter Scott’s death at the hands of a North Charleston, South Carolina, police officer, Michael Slager, and then, just a few miles away, the mass shooting of nine congregants at Emanuel A.M.E. Church. In April, a judge declined to convict an off-duty Chicago police officer who, after purportedly mistaking a cell phone for a handgun, shot two unarmed African-Americans. One of them, twenty-two-year-old Rekia Boyd, later died of her wounds.

Time and again this year, we’ve seen a seemingly inexhaustible reservoir of public outrage tapped, indignation pouring into the streets, with demands for justice and, more often than not, the image of a strained elected official counselling calm in the wake of outcomes that confirm the most cynical perspectives about race in this country. We have exhausted a thesaurus of options in our attempts to describe these cyclical flashpoints, each of them unique, each of them warranting a clear portrait of its particulars, and yet all of them numbingly related—like a racialized version of “Groundhog Day.”