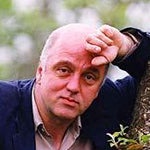 James Fenton is a political journalist, war correspondent and poet. He edited The New Faber Book of Love Poems and D. H. Lawrence’s Selected Poems, and has authored six volumes of poetry. He is a Fellow of the Royal Society of Literature and in 2007 was awarded the Queen’s Gold Medal for Poetry.

It’s not that I’m
Embarrassed or ashamed.
You’ve changed the rules
The way I’d hoped they’d change
Before I thought: hopes are for fools.

Let me walk with you.
I’ve got the newspapers to fetch.
I think you know
I think you have the edge
But I feel cheerful even so.