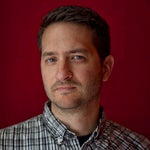 Jake Conroy, a long-time animal rights activist who was sentenced to 4 years in prison for his involvement in one of the most successful animal rights campaigns in history – Stop Huntingdon Animal Cruelty (SHAC USA). Jake Conroy has been involved in a wide range of activism since 1995. After graduating from art school in 1996, Jake’s passion for positive change led him to volunteer with and organize various campaigns on local, regional, national and international levels. Dubbed the SHAC7, he and his codefendants were tried as domestic terrorists for running a web page, supporting controversial ideologies, and sharing ideas. Jake was sentenced to 48 months, which he served in two prisons in southern California.