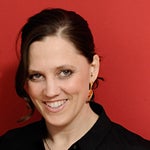 A graduate of the Georgetown School of Foreign Service, Heidi Ewing is a director, producer, and writer of documentary films. She has collaborated with Rachel Grady on several projects, and together they founded Loki Films in 2001. Their past work includes Jesus Camp (2006) and Academy Award-nominated Detropia (2007).