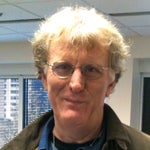 Harry Mattison has photographed in the Middle East, Europe, Central America, and Africa for over twenty years. His photography has appeared in Time, Newsweek, The New York Times, Paris Match, Double Take and Stern. He mounted a twenty-year retrospective of his photography in 1994. He is a 1999 recipient of a Washington D.C. Arts Council Grant, and is currently Visiting Artist at the Maryland Institute, College of Art in Baltimore.