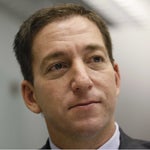 Glenn Greenwald, the first recipient of the Izzy Award for independent journalism (2009), became widely known in 2013 for publishing a series of reports, based on classified documents from Edward Snowden, detailing British and American surveillance programs, in The Guardian. Since publishing these reports, he has won the George Polk Award for National Security Reporting, the 2013 Libertad de Expresion Internacional Award, and was the first foreigner to be awarded the Esso Award for Excellence in Reporting in Brazil for his series on mass surveillance of Brazilians, which appeared in O Globo.

In response to political scandal and public outrage, official Washington repeatedly uses the same well-worn tactic. It is the one that has been hauled out over decades in response to many of America’s most significant political scandals. Predictably, it is the same one that shaped President Obama’s much-heralded Friday speech to announce his proposals for “reforming” the National Security Agency in the wake of seven months of intense worldwide controversy.

The crux of this tactic is that US political leaders pretend to validate and even channel public anger by acknowledging that there are “serious questions that have been raised”. They vow changes to fix the system and ensure these problems never happen again. And they then set out, with their actions, to do exactly the opposite: to make the system prettier and more politically palatable with empty, cosmetic “reforms” so as to placate public anger while leaving the system fundamentally unchanged, even more immune than before to serious challenge.

Continue reading “Obama’s NSA ‘Reforms’ Are Little More than a PR Attempt to Mollify the Public” at The Guardian.