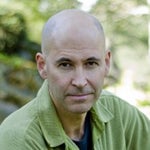 For over 20 years, Garth Lenz has produced images of threatened wilderness and industrial impacts which have received major international awards, appeared in the world’s leading publications, and been exhibited world wide. He has been invited to address major corporations, government bodies, and educational institutions. His TED talk, The True Cost of Oil, has received over 580,000 views. His exhibit of the same name has been recently hosted in Los Angeles, Brooklyn, New York, Boston, and Germany. Lenz is one of only 60 photographers to be named a Senior Fellow of the International League of Conservation Photographers.

In Nature’s Wake: The Art and Politics of Environmental Crisis | March 24, 2015
Landscape and Ecocide