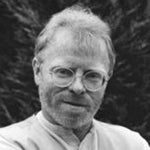 Frank Ormsby was born in Enniskillen, County Fermanagh, in 1947 and educated at Queen’s University, Belfast. Since 1975 he has been Head of English at the Royal Belfast Academical Institution. His collections of poetry are A Store of Candles (1977), A Northern Spring (1986) and The Ghost Train (1995). He has received the Cultural Traditions Award (1992) and the Lawrence O’Shaughnessy Award for Poetry (2002). Other publications include an edition of The Collected Poems of John Hewitt (1991), and the anthologies Poets from the North of Ireland (1979; 1990), Northern Windows: An Anthology of Ulster Autobiography (1987) and The Blackbird’s Nest: An Anthology of Poems from Queen’s University, Belfast (2006). He edited the periodical The Honest Ulsterman from 1969 to 1989. His John Hewitt: Selected Poems, co-edited with Michael Longley, is forthcoming.

Tired of the accomplished young men
and the accomplished young women,
their neat cerebral arcs and sphinctral circles,
their impeccable chic, their sudden precocious surge,
their claims to be named front-runner,
I have turned to the ageing poets – the marathon men,
the marathon women – the ones who breasted the tape
and simply ran on, establishing their own distance.
Home after another funeral they walk by the pond
with a sense of trees thinning and cold in the air,
yet thrill to the dog’s passionate slapstick,
his candid arse-up in the debris of last year’s storms.
You sprightly mortals, you rowdies at death’s door,
for whom the last moment is not too late to begin!
I can’t get enough of you, bright-eyed and poetry mad
in the fields next to the cemetery, where you drop to your knees
before the first flower in the world, where you lift your heads
to that bare cry among brambles, the original bird.