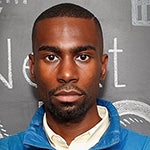 DeRay Mckesson is an organizer, activist, and educator focused primarily on issues of innovation, equity and justice. Born and raised in Baltimore, he graduated from Bowdoin College and has advocated for issues related to children, youth, and families for over 15 years.

DeRay has served as an educator, student leader, and founding director of an after-school/out-of-school program. Spurred by the death of Mike Brown and the subsequent protests in Ferguson, Missouri, DeRay has become a leading voice in the effort to confront the systems and structures that lead to the mass incarceration and police killings of black and other minority populations.

Mckesson has also participated in discussion and has written for Huffington Post and The Guardian. Along with Johnetta Elzie, McKesson also launched Campaign Zero, a policy platform to end police violence

from The Change We Wanted to Believe In

We have seen a historic expansion of healthcare, the bailout of the auto industry, the legalization of same-sex marriage and a renewed focus on innovation in education, among other achievements.

But we have also witnessed the massacre in Newtown, Connecticut, the assassination of the Charleston Nine, the “end” of the war in Iraq and the rise of the ISIS, and the murders of Trayvon Martin, Mike Brown, Rekia Boyd, Tyrone West, Tamir Rice, Mya Hall, and countless others.

We have acknowledged that there is no single solution, tactic or person that will lead us to a truly just America. In protest, in traditional politics and in our personal lives, we know that single solutions are myths–neither true nor productive.

No one protest, no one policy, no one vote, no one idea and no one president will lead us to end the ills that the work of racial and economic equity addresses. Progress –if we are to have it at all – will be conditioned on the diversity of our strategies and tactics, on our ability to use each opportunity to lay the groundwork for later, successive wins, and in our understanding that hope is both belief and action.

Continue reading “The Change We Wanted to Believe In” at Medium.com.