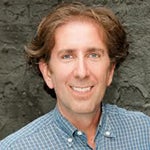 D.T. Max is a graduate of Harvard University and a staff writer at The New Yorker. His new book, Every Love Story Is A Ghost Story: A Life of David Foster Wallace, was released by Viking Penguin on August 30, 2012. He is also the author of The Family That Couldn’t Sleep: A Medical Mystery.

From Every Love Story Is a Ghost Story: A Life of David Foster Wallace

The four weeks Wallace spent at McLean in November 1989 changed his life. This was not his first or most serious crisis, but he felt now as if he had hit a new bottom or a different kind of bottom. From the ashes to which he had reduced postmodernism a new sort of fiction was meant to arise, as he’d recently laid out in the essay “Fictional Futures and the Conspicuously Young.” How else to understand the love note to the reader at the end of “Westward,” the last story he’d successfully written? But instead of rebirth, a prolonged dying had followed, and for the past year the corpse had moldered. Wallace hadn’t even been able to finish a nonfiction piece without help since 1987. Never before had he worked so hard with so little to show for it.

Wallace was placed in a facility for alcoholics and depressives, with a large room for twelve-step meetings. The medical staff interviewed Wallace and told him that he was a hard-core alcohol and drug user and that if he didn’t stop abusing both he would be dead by thirty. Wallace in turn reported the news to his college roommate and close friend Mark Costello, who came the next day. “I’m a depressive, and guess what?” Wallace said. “Alcohol is a depressant!” He smiled through his tears, as if, Costello remembers, he “was unveiling a fun surprise to a five-year-old.” It was of course information Wallace knew already.

Presentation | November 27, 2012
The World Is Everything That Is the Case