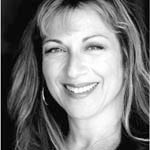 Cristina García is the author of five novels: Dreaming in Cuban, The Agüero Sisters, Monkey Hunting, A Handbook to Luck, and most recently The Lady Matador’s Hotel, which was published in September 2010 by Scribner. García has edited two anthologies, Cubanísimo: The Vintage Book of Contemporary Cuban Literature and Bordering Fires: The Vintage Book of Contemporary Mexican and Chicano/a Literature; written two works for young readers, The Dog Who Loved the Moon and I Wanna Be Your Shoebox; and recently published a collection of poetry, The Lesser Tragedy of Death (Akashic Press).

She is the recipient of a Guggenheim Fellowship, a Whiting Writers’ Award, a Hodder Fellowship, and an NEA grant, among others. García is currently the artistic director for the Centrum Writers Exchange in Port Townsend, Washington.

What did he do to make you despise him? I don’t mean later,
when he deserved it, but early on.

When he was barely a boy.

It’s hard for him not to take it personally. He’s your son. Born
after two girls.

Couldn’t you have loved him a little?

I have a picture of you, fat and unlovely with —
excuse me–
weird rhinestone glasses

at my second birthday party.

But there are no pictures of him as a baby.
Were they left behind in Cuba?

Do they exist at all?

By most accounts he was a quiet child, no bother to anyone. He’s learned
a lot from his 942 therapy sessions.

Yes, each one has buried him

deeper in the whole you dug when he looked in your face and there was
no one looking back.