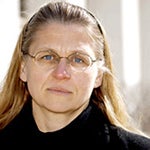 Noted for her work documenting how FBI HQ personnel in Washington, D.C., failed to take action on information that rendered the U.S. vulnerable to the September 11, 2001, attacks, Coleen Rowley is a former FBI agent and whistleblower. Rowley was also a Democratic Farmer-Labor Party candidate for Congress in Minnesota in 2006.

If WikiLeaks had been around in 2001, could the events of 9/11 have been prevented? The idea is worth considering.

The organization has drawn both high praise and searing criticism for its mission of publishing leaked documents without revealing their source, but we suspect the world hasn’t yet fully seen its potential. Let us explain.

There were a lot of us in the run-up to Sept. 11 who had seen warning signs that something devastating might be in the planning stages. But we worked for ossified bureaucracies incapable of acting quickly and decisively. Lately, the two of us have been wondering how things might have been different if there had been a quick, confidential way to get information out.

Continue reading “WikiLeaks and 9/11: What if?” at Los Angeles Times.