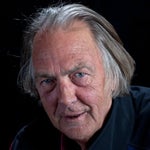 “I have spent most of my life in the southwest and written about it because it is where the future is being murdered by drug policies, economic policies, migration policies and big walls that shut down the American mind. I prefer red wine to water, as did our Lord.”

Charles Bowden is the author of eleven books, including A Shadow in the City: Confessions of an Undercover Drug Warrior; Down By the River: Drugs, Money, Murder and Family; Juárez: The Laboratory of our Future; and Blood Orchid: An Unnatural History of America. His most recent book is Murder City: Ciudad Juárez and the Global Economy’s New Killing Fields. In this book, he presents a devastating chronicle of a city in collapse where not just the police and drug cartel members die as violence infects every level of society. Luís Alberto Urrea, author of The Devil’s Highway, says “…in Murder City Bowden plunges in head-first, without a parachute. There are moments when the book threatens to burst into flames and burn your hands.” Bowden is a contributing editor for GQ and Mother Jones, and also writes for Harper’s, The New York Times Book Review, and Aperture. Winner of a 1996 Lannan Literary Award for Nonfiction, he lives in Las Cruces, New Mexico.

from While You Were Sleeping

The white eye of the blank screen waits in the dark room. A few moments earlier,Jaime Bailleres was nuzzling his thirteenth-month-old child and walking around in the calm of his apartment. His wife, Graciela, puttered in the kitchen, and soft words and laughter floated through the serenity of their home. A copy of a work on semiotics lay on the coffee table, and the rooms whispered of culture and civility and the joy of ideas. Outside, the city of Juarez,Mexico, waited with sharp teeth and bloody hungers. Now the lights are off as Jaime Bailleres dances through a carousel of slides.

I am here because of a seventeen year-old girl named Adriana Avila Gress. The whole thing started very simply. I was drinking black coffee and reading a Juarez newspaper, and there, tucked away in the back pages, where the small crimes of the city bleed for a few inches, I saw her face. She was smiling at me and wore a strapless gown riding on breasts powered by an uplift bra, and a pair of fancy gloves reached above her elbows almost to her armpits. The story said she’d disappeared, all 1.6 meters of her. I turned to a friend I was having breakfast with and said, “What’s this about?” He replied matter of-factly, “Oh, they disappear all the time. Guys kidnap them, rape them, and kill them.” Them? Oh, he continued, you know, the young girls who work in the maquiladoras, the foreign owned factories, the ones who have to leave for work when it is still dark. Of course, I knew that violence is normal weather in Juarez. As a local fruit vendor told an American daily, “Even the devil is scared of living here.”

Continue reading “While You Were Sleeping” at Harper’s Magazine.