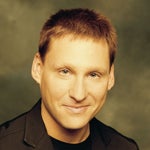 Canadian documentary filmmaker Avi Lewis is also the former host of Al Jazeera English’s documentary series Fault Lines and of the Canadian Broadcasting Corporation’s current affairs program On the Map. Starting in the 1990s, Lewis hosted The NewMusic, which aired on CityTV and MuchMusic; Lewis also served as the latter’s political specialist, covering many special events, including the 1993 Canadian Federal Election and the 1995 Quebec Referendum. His 1993 election night special won him a Gemini for Best Event Coverage. In 2001, Lewis and wife Naomi Klein created the documentary film The Take, which won the International Jury Prize and was nominated for four Gemini Awards. CBC Newsworld premiered On the Map with Avi Lewis in 2007. In the same year, Lewis also hosted the ten-part documentary series Why Democracy. Lewis graduated from the University of Toronto in 1988.

Currently he is directing a feature documentary called The Message: the (r)evolutionary power of climate change.

from On the Map with Avi Lewis

America from the Outside: How the World Sees US | April 2, 2013
The (R)evolutionary Power of Climate Change