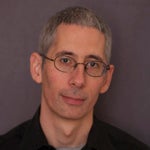 Anthony Arnove is coproducer with Brenda Coughlin and Jeremy Scahill of the documentary film Dirty Wars, which was nominated for an Academy Award for Best Documentary Feature in 2013. Arnove wrote, directed, and produced The People Speak with Howard Zinn, Chris Moore, Josh Brolin, and Matt Damon. The documentary is the film companion to Howard Zinn’s bestselling book A People’s History of the United States and its primary source companion, Voices of a People’s History, which Arnove co-edited with Zinn. Arnove is the editor of several books including The Essential Chomsky, Iraq Under Siege: The Deadly Impact of Sanctions, and Terrorism and War, Howard Zinn Speaks, and, with Colin Firth, The People Speak. He is also the author of Iraq: The Logic of Withdrawal. In 2002, he helped launch the nonprofit publishing house Haymarket Books.

from Iraq: the Logic of Withdrawal

We find ourselves in a remarkable situation today. Despite a massive propaganda campaign in support of the occupation of Iraq, a clear majority of people in the United States now believes the invasion was not worth the consequences and should never have been undertaken. A November 2005 _Washington Pos_t–ABC poll found that

President Bush has never been less popular with the American people. Currently 39 percent approve of the job he is doing as president, while 60 percent disapprove of his performance in office—the highest level of disapproval ever recorded for Bush in Post-ABC polls. . . . Nearly six in ten—58 percent—said they have doubts about Bush’s honesty, the first time in his presidency that more than half the country has questioned his personal integrity. . . . Iraq remains a significant drag on Bush’s presidency, with dissatisfaction over the situation there continuing to grow and with suspicion rising over whether administration officials misled the country in the run-up to the invasion more than two years ago. Nearly two-thirds disapprove of the way Bush is handling the situation there, while barely a third approve, a new low. Six in ten now believe the United States was wrong to invade Iraq, a seven-point increase in just over two months, with almost half the country saying they strongly believe it was wrong. About three in four—73 percent—say there have been an unacceptable level of casualties in Iraq. More than half—52 percent—say the war with Iraq has not contributed to the long-term security of the United States. . . . The war has taken a toll on the administration’s credibility: A clear majority—55 percent—now says the administration deliberately misled the country in making its case for war with Iraq—a conflict that an even larger majority say is not worth the cost.

Continue reading Iraq: the Logic of Withdrawal at The Brooklyn Rail.