Posted in Matters of Urgency 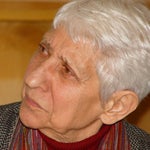 On Wednesday, November 14, 2012, feminist author and activist Selma James will be joining Lannan Center. She will be giving a presentation based on her 1983 publication, The Ladies and the Mammies: Jane Austen & Jean Rhys. This event is free and open to the public. A book-signing will follow. Seating, however, is limited, so please try to arrive early!

Selma James is an anti-sexist, anti-racist, anti-capitalist campaigner and author. Raised in a movement household, she joined CLR James’s Johnson-Forest Tendency at age 15, and from 1958 to 1962 she worked with him in the movement for Caribbean federation and independence. In 1972, she founded the International Wages for Housework Campaign, and in 2000 she helped launch the Global Women’s Strike which she coordinates. She coined the word “unwaged” to describe most of the caring work women do, and it has since entered the English language to describe all the work without wages of women, children and men, in the home, on the land, in the community . . . In 1975 she became the first spokeswoman of the English Collective of Prostitutes. She is a founding member of the International Jewish Anti-Zionist Network (2008). She has addressed the power relations within the working class movement, and organizing across sectors despite divisions of sex, race, age, etc., South and North. She spoke to packed audiences at Occupy in London, England, as well as Los Angeles, Oakland, Philadelphia, and San Francisco.