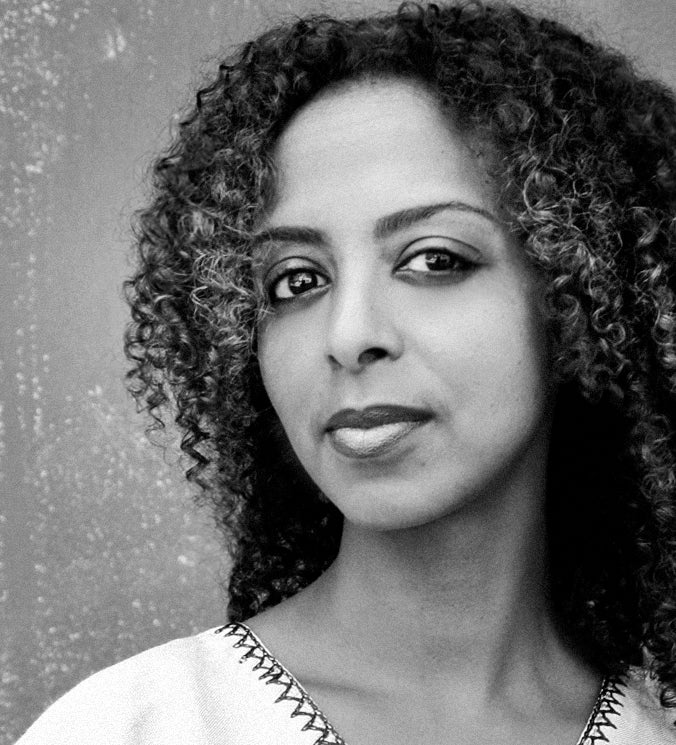 Maaza Mengiste is the author of Beneath the Lion’s Gaze, selected by the Guardian as one of the 10 best contemporary African books. She is a Fulbright Scholar and a recipient of a 2018 National Endowment for the Arts Fellowship. She was also named the 2013 Puterbaugh Fellow and a Runner-up for the 2011 Dayton Literary Peace Prize. Her fiction and nonfiction can be found in The New Yorker, New York Review of Books/NYR Daily, Granta, the Guardian, New York Times, Rolling Stone, BBC Radio, Guernica, and Lettre International, among other places. Both her fiction and nonfiction examine the individual lives at stake during migration, war, and exile, and consider the intersections of photography and violence. She was a writer on the documentary film, Girl Rising, as well as The Invisible City: Kakuma. She currently serves on the boards of Words Without Borders and Warscapes. Her second novel, The Shadow King, is forthcoming.

From Beneath the Lion’s Gaze

The hole in the boy’s back was a punctured, burned blast of muscle and flesh. The run towards the bullet had been more graceful than his frightened sprint away. Hailu imagined him keeping pace with the throngs of other high school and college students, hands raised, voice loud. The thin, proud chest inflated, his soft face determined. A boy living his moment of manhood too early. How many shots had to be fired to turn this child back towards his home and anxious mother? Who had carried him to her once he’d fallen? Stones. Bullets. Fists. Sticks. So many ways to break a body, and none of these children seemed to believe in the frailty of their muscles and bones. Hailu cut around the wound and paused for one of his nurses to wipe the blood that flowed.

The whine of police cars flashed past the hospital. The sirens hadn’t stopped all day. Police and soldiers were overwhelmed and racing through streets packed with frenzied protestors running in all directions. What if Dawit were there amidst those running, what if he were wheeled into his operating room? Hailu focused on the limp body in front of him, ignored his own hammering heart, and put thoughts of his son out of his mind.

Hailu sat in his office under a pale light that threaded its way through open curtains. He stared at his hand lying palm open in his lap and felt the solitude and panic that had been eating into the edges of his days since his wife Selam had gone into the hospital. Seven days of confusion. And he’d just operated on a boy for a gunshot wound to the back. After years as a doctor, he knew the rotations and shifts of his staff, the scheduled surgeries in any given week, Prince Mekonnen Hospital’s daily capacity for new patients, but he could not account for his wife’s deteriorating condition and this relentless drive of students who demanded action to address the country’s poverty and lack of progress. They asked again and again when Ethiopia’s backward slide into the Middle Ages would stop. He had no answers, could do nothing but sit and gaze in helplessness at an empty hand that looked pale and thin in the afternoon sun. He feared for Dawit, his youngest son, who also wanted to enter the fray, who was not much older or bigger, nor more brave, than his permanently crippled patient today. His wife was leaving him to carry the burden of these days alone.

Continue reading Beneath the Lion’s Gaze at NPR.