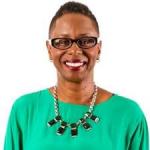 Lisa B. Thompson is an award-winning Austin based playwright whose plays have been produced across the United States and Canada. Her critically acclaimed off-Broadway two-woman show Single Black Female, a nominee for the 2005 LA Weekly Theatre Award for Best Comedy, uses rapid-fire comic vignettes to examine the lives of thirty-something African American middle-class women as they search for love, clothes, and dignity in a world that fails to recognize them among a parade of stereotypical images. Thompson is Associate Professor at the University of Texas at Austin.