Keeanga-Yamahtta Taylor is author of From #BlackLivesMatter to Black Liberation (Haymarket Books, 2016), 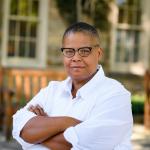 an examination of the history and politics of Black America and the development of the social movement Black Lives Matter in response to police violence in the United States. Taylor’s research examines race and public policy including American housing policies. Dr. Taylor is currently working on a manuscript titled Race for Profit: Black Housing and the Urban Crisis of the 1970s, which looks at the federal government’s promotion of single-family homeownership in Black communities after the urban rebellions of the 1960s. Taylor is Assistant Professor in the Department of African American Studies at Princeton University.

From #BlackLivesMatter to Black Liberation

On 12 April 1865, the American Civil War officially came to an end when the Union Army accepted the unconditional surrender of the Confederacy on the steps of a courthouse in Appomattox, Virginia. The Union Army, led by 200,000 Black soldiers, had destroyed the institution of slavery; as a result of their victory, Black people were now to be no longer property but citizens of the United States. The Civil Rights Act of 1866, the first declaration of civil rights in the United States, stated that:

“citizens of every race and color, without regard to any previous condition of slavery or involuntary servitude, shall have the same right, in every State and Territory in the United States … to full and equal benefit of all laws and proceedings for the security of person and property, as is enjoyed by white citizens.”

There was no ambiguity that the war had buried chattel slavery once and for all. Days after the surrender of the Confederacy, Abraham Lincoln rode into Richmond, Virginia, the former capital of the slaveholders, where he stood upon the stairs of the former Confederate capitol building and told a large gathering crowd of Black people days into their freedom,

“In reference to you, colored people, let me say God has made you free. Although you have been deprived of your God-given rights by your socalled Masters, you are now as free as I am, and if those that claim to be your superiors do not know that you are free, take the sword and bayonet and teach them that you are – for God created all men free, giving to each the same rights of life, liberty and the pursuit of happiness. *”

One hundred and fifty years later, on April 12, 2015, at nine in the morning, 217 miles north of the Appomattox courthouse, Freddie Gray, a twenty-five-year-old Black man, was arrested by the Baltimore police. His only apparent crime was making eye contact with the police and then running away. Freddie Gray was loaded into a van. By the time he emerged forty-five minutes later, his voice box had been crushed, his neck snapped, and 80 per cent of his spinal cord severed.

The distance from the end of the Civil War, with the birth of Black citizenship and civil rights, to the state-sanctioned beating and torture of Freddie Gray constitutes the gap between formal equality before the law and the self-determination and self-possession inherent in actual freedom – the right to be free from oppression, the right to make determinations about your life free from duress, coercion, or threat of harm. Freedom in the United States has been elusive, contingent, and fraught with contradictions and unattainable promises – for almost everyone.