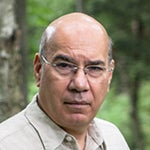 Jay Parini is author of five books of poetry, including Town Life and The Art of Subtraction. He has written seven novels, among them The Last Station, which was adapted into an Academy Award-winning film. In addition to his work in fiction, Parini has published several nonfiction books on subjects from Why Poetry Matters to The Art of Teaching. Parini is also a biographer whose subjects include Jesus, Gore Vidal, Robert Frost, and William Faulkner. His books have been translated in more than 30 languages, and he writes for many publications, including The Guardian. Among his honors are a Guggenheim Fellowship and the Chicago Tribune-Heartland Award.  He has been the Fowler Hamilton Fellow at Christ Church College, Oxford University and a Fellow of the Institute for Advanced Studies at the University of London in 2005-2006. He lives in Weybridge, Vermont, where he has been on the faculty at Middlebury College since 1982.

Everything has changed, though nothing has,
They’ve changed the locks on almost every door,
and window have been bolted just in case.

It’s business as usual, someone says.
Is anybody left to mind the store?
Everything has changed, though nothing has.

The same old buildings huddle in the haze,
with faces at the windows, floor by floor,
the windows hey have bolted just in case.

No cause for panic, they maintain, because
the streets go places they have been before.
Everything has changed, though nothing has.

We’re still a country that is ruled by laws.
The system’s working, and it’s quite a bore
that windows have been bolted just in case.

Believe in victory and all that jazz.
Believe we’re better off, that less is more.
Everything has changed, though nothing has.
The windows have been bolted just in case.