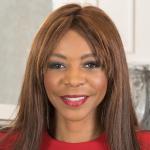 Dr. Dambisa Moyo is a global economist and author who analyzes the macroeconomy and international affairs. She has earned a strong reputation as a top-tier opinion former and trusted advisor on Macroeconomics, Geopolitics, Technology and Millennial themes. She is a Board member of Barclays Bank and Chevron.

Dr. Moyo holds a Doctorate in Economics from Oxford, a Masters from Harvard, and is recognized for fresh and innovative ideas as the Author of four New York Times Bestselling Books: Edge of Chaos: Why Democracy is Failing to Deliver Economic Growth and How to Fix It (2018); Winner Take All: China’s race for Resources and What it Means for the World (2012); How the West Was Lost: Fifty Years of Economic Folly and the Stark Choices Ahead (2011); and Dead Aid: Why Aid is Not Working and How There is a Better Way for Africa (2009).

She was named to the list of Time Magazine’s 100 Most Influential People in the World; has published in the Financial Times, WSJ, Barrons, Harvard Business Review; and has travelled to 80 countries.

From Across the world, democracy is in crisis. Here’s my plan to save it

Ultimately, the ideal democracy is one in which as many citizens as possible vote, and the voters are armed with the most objective information. Yet today only a fraction of the electorate are voting, and many are armed with a diet of hyped-up statistics and social media propaganda. Proposals to redress the situation must strike at the heart of these weaknesses, with a mission to re-engage voters and improve the quality of politicians.

I have been examining electoral systems across the world. In many democracies, including the US and UK, migrants are required to pass government-sanctioned civic tests in order to gain citizenship. So, in this vein, why not give all voters a test of their knowledge? This would ensure minimum standards that should lead to higher-quality decision-making by the electorate. The message this would send is that voting is not just a right, but one that has to be earned. Such testing would not only lead to a better-informed electorate, but also to voters who are more actively engaged.

Of course, such a system would be truly democratic only if everybody had a fair chance of casting their vote. It is vital that those with fewer life opportunities have their say, and we cannot have a system that is skewed against the worst educated, which would leave poorer people even more marginalised and unrepresented than they already are. To that end, the knowledge needed should be part of the core curriculum, with young people tested in their final year of secondary education. Governments could also organise tests for those over school age.

Continue reading “Across the world, democracy is in crisis. Here’s my plan to save it” at The Guardian.