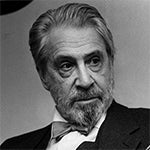 Born in New York City, Anthony Hecht’s books of poetry include The Darkness and the Light, The Transparent Man, and The Hard Hours, which won the Pulitzer Prize in 1967. He is also author of On the Laws of Poetic Art: The Andrew Mellon Lectures, 1992, co-translator of Aeschylus’s Seven Against Thebes (with Helen Bacon), and editor of The Essential Herbert. Hecht received the Ruth Lilly Prize, the Loines Award, the Librex-Guggenheim Eugenio Montale Award, among others. His fellowships included the American Academy in Rome, the Ford Foundation, and the Rockefeller Foundation. He was a Chancellor of the Academy of American Poets and lived in Washington, D.C. He died on October 20, 2004.

The Feast of Stephen

The coltish horseplay of the locker room,
Moist with the steam of the tiled shower stalls,
With shameless blends of civet, musk and sweat,
Loud with the cap-gun snapping of wet towels
Under the steel-ribbed cages of bare bulbs,
In some such setting of thick basement pipes
And janitorial realities
Boys for the first time frankly eye each other,
Inspect each others’ bodies at close range,
And what they see is not so much another
As a strange, possible version of themselves,
And all the sparring dance, adrenal life,
Tense, jubilant nimbleness, is but a vague,
Busy, unfocused ballet of self-love.

If the heart has its reasons, perhaps the body
Has its own lumbering sort of carnal spirit,
Felt in the tingling bruises of collision,
And known to captains as esprit de corps.
What is this brisk fraternity of timing,
Pivot and lobbing arc, or indirection,
Mens sana in men’s sauna, in the flush
Of health and toilets, private and corporal glee,
These fleet caroms, plies and genuflections
Before the salmon-leap, the leaping fountain
All sheathed in glistening light, flexed and alert?
From the vast echo-chamber of the gym,
Among the stumbled shouts and shrill of whistles,
The bounced basketball sound of a leather whip.

Think of those barren places where men gather
To act in the terrible name of rectitude,
Of acned shame, punk’s pride, muscle or turf,
The bully’s thin superiority.
Think of the Sturm-Abteilungs Kommandant
Who loves Beethoven and collects Degas,
Or the blond boys in jeans whose narrowed eyes
Are focussed by some hard and smothered lust,
Who lounge in a studied mimicry of ease,
Flick their live butts into the standing weeds,
And comb their hair in the mirror of cracked windows
Of an abandoned warehouse where they keep
In darkened readiness for their occasion
The rope, the chains, handcuffs and gasoline.

Out in the rippled heat of a neighbor’s field,
In the kilowatts of noon, they’ve got one cornered.
The bugs are jumping, and the burly youths
Strip to the waist for the hot work ahead.
They go to arm themselves at the dry-stone wall,
Having flung down their wet and salty garments
At the feet of a young man whose name is Saul.
He watches sharply these superbly tanned
Figures with a swimmer’s chest and shoulders,
A miler’s thighs, with their self-conscious grace,
And in between their sleek, converging bodies,
Brilliantly oiled and burnished by the sun,
He catches a brief glimpse of bloodied hair
And hears an unintelligible prayer.